Some people talk about doing something to help; others actually take steps to make it a reality. And with a little help, big things can happen.

Such is the case with the Blue Line Pro Sketch Card Event Cancer, an annual auction that benefits Relay for Life. Over the past two years, the event has pulled in over $15,000 as hundreds of artists mostly from the comics industry have donated their talents and contributed baseball card-sized pieces of artwork for auction.

Past contributors have included some of the comic book industry’s leading professionals including: David Mack, Steve Rude, Dick Giordano, Joe Staton, Todd Nauck, Jimmy Palmiotti, Jim Valentino, Neil Vokes, Don Perlin, David Michael Beck, and hundreds of others. The auction this year promises to include some of the same as well as some new faces.

I'm proud to say I am one of those individuals again. 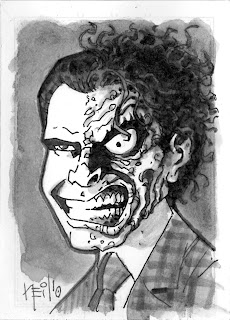 The Comics for Cures website, www.comicsforcures.com, will provide a link to the auction on eBay the week before. 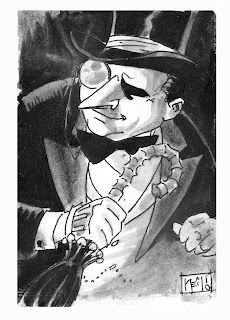