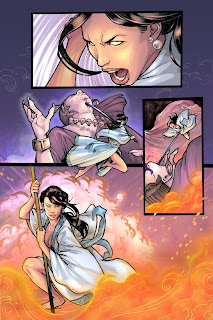 So there i was, sitting at a table at another convention in another hotel in Jersey- hoping someone might drop by for an autograph-a sketch-or even directions to the bathroom (don't ask how many times that has happened-lol) when a large, jolly fella named Glenn Tippett comes by to chat.

Well after a bit he asks if I'd be interested in doing a promo piece for one of his company's comics-it would be of a lovely Asian heroine and a evil dragon (see said heroine above).

After we worked out the particulars, he introduced me to the lovely young actress who would become the model for the character: Candace Kita... 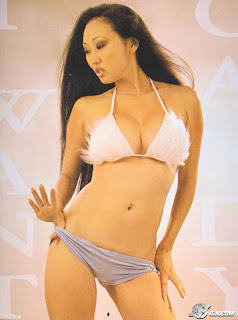 ...yeah-yeah-i know-the artist's life is a rough one...ahem...so i was to take their character and basically make her look more like Candace-then she could appear at cons, signing posters of the art in conjunction with the comic book.


So, here are the basic steps (minus a bunch of scribbles i tend to do.) 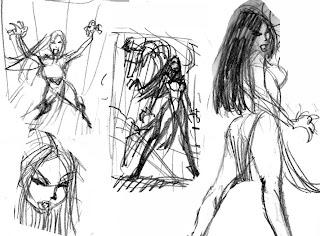 Originally she was to be the evil character with a dragon in BG-as my 1st sketches show-but that changed and she then became the heroine: 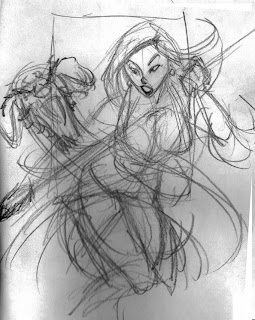 Getting the "attitude"-the "acting"- and composition comes first and then the details... 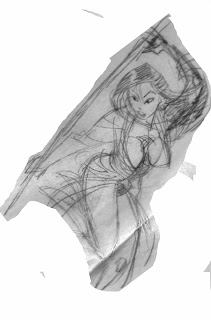 after lots of pencilling i made a thin inkline version for adding the wash and blacks to... 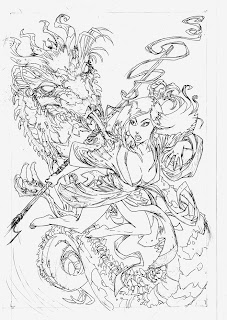 I kept the dragon in the background solely in wash -no blacks-to separate him better from her in the foreground-she's got to stand out from the piece due to the amount of detail-so after i added the blacks and grey tones i put a thin white line around her-an aura of sorts which brings her figure towards the viewer-a very basic 3D illusion if it works well. 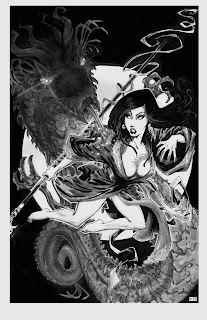