While I was working on EAGLE,back in the distant 80s,i realized i could finally use my old character of Falconer if I figured out how to fit him into the continuity.

As Jack Herman and i were going to establish that in our "history" the Earth was invaded by a planet of conquerers called the Talik back in the late 1800s-our homage to WAR OF THE WORLDS,I guess-it was a natural to show that Falconer was part of the revolution against the invaders-in fact a leader of freedom fighters-because i established in my Falconer back story that he was around then battling vampires and monsters.

He first appeared in a flashback to that time being told by Talik police detective Devlin in ish # 8: 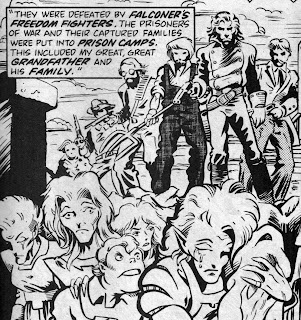 Then, in ish # 12 we told the story of Eagle's origin-as this story contained how Richard Adler/Eagle received the accursed "ORB" we again found a way to incorporate Falconer into it.

After the invasion was contained the ORB,within a robot body, became Falconer's companion-the close proximity of the powerful energy prolonged his life- He meets Eagle in 1957 when he was 111 years old! 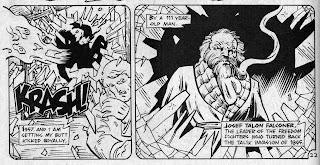 Eagle,at the time a paid assassin for the dread Red Dragon organization,had come to kill Falconer,but the old man kicked his butt- the orb-apparently-wipes the hate and darkness from him and he becomes a student-and virtually a son-of Falconer's. 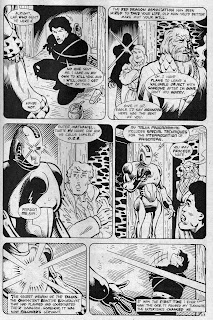 They have several years of friendship during which Eagle grows as a fighter and as a man- until the day Falconer's body just gives out. 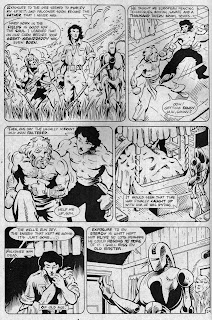 These events lead up to Eagle becoming one with the orb and the rest is history.

So i managed to take two of my favorite creations and merge them into one continuity-a Vokes universe as it were...;o)
Posted by Neil D Vokes at 5:26 PM 2 comments:

(the text for this piece is a "work in progress", dear readers- soon as i finish it I'll update - for now enjoy the art of an artist who ALSO was a work in progress...;o)

This project underwent many variations since i first came up with it a few years before i became a pro artist-so that would be late '70s, early '80s. 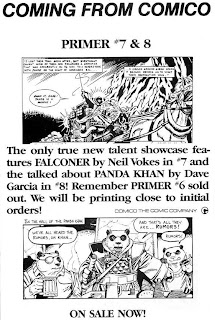 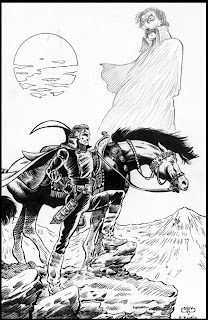 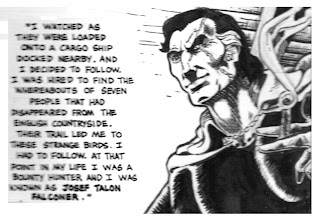 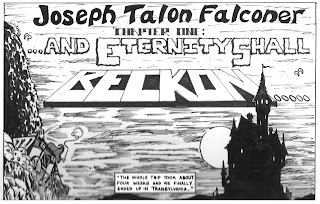 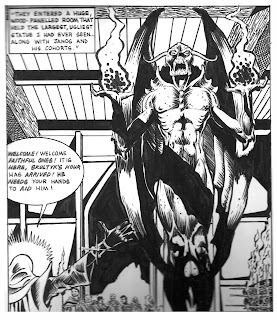 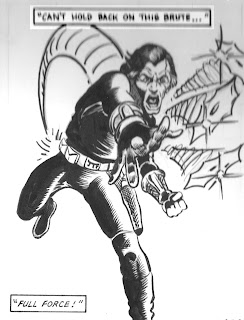 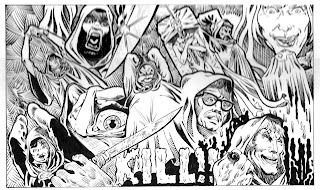 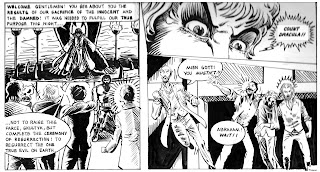 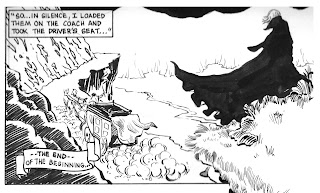 These last three pieces were updates- the cover that Matt and I did was sitting around-still is- and i scanned it then did a wash over it. 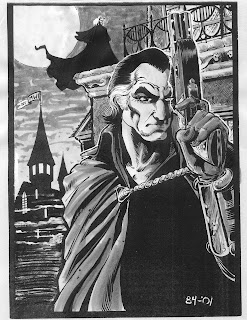 the Drac and Falconer sketches were for a story i was gonna do back in '01-never got past the sketches-lol...;o) 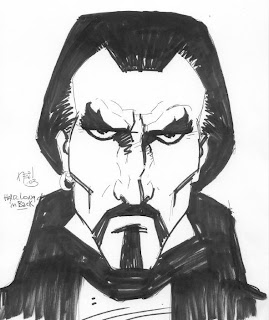 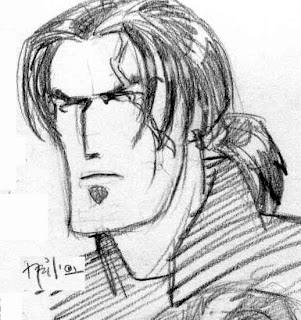