Steve Ditko-the name conjures up teen-aged nerds crawling up walls;mystic masters of the supernatural;bizarre mindscapes;otherworldly dimensions and creatures-not to mention a world of stark black and white philosophies...

But for this entry it conjures up the cover of a fanzine devoted to the legendary artist: Ditkomania!

I was asked for a commission that would also be used for an upcoming ish of the fanzine-knowing my love of all things Ditko and horror,i was asked to do a cover design that evoked the work he did for the Warren magazines CREEPY and EERIE (in my humble opinion, some of the best work he ever did!) -in this case, specifically, a story called "Collector's Edition" - a great little tale drawn by Mr. Ditko and written by the great Archie Goodwin.


Here we have some of the steps i went thru... 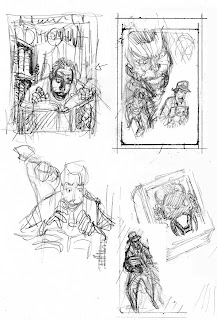 after deciding on a concept (which i ultimately did not use) i began pencilling it out... 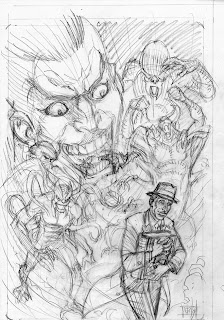 I was inking the piece when it started to bother me-it didn't feel eerie (or creepy) enough for Ditko- too average -so i decided on adapting a panel from the story and elaborating on it... 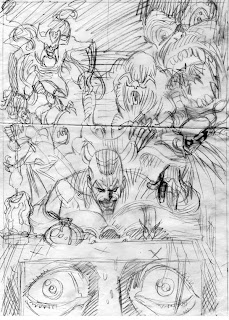 I used the characters and creatures from the Warren story (and a few others) in a montage-building it around the neat storytelling device he used of the obsessive collector's eyes in a separate panel (i won't spoil the tale for you-track it down!) 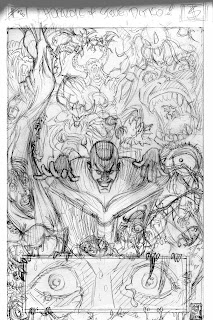 After pencilling i began the inkline- i usually add a wash nowadays, but Mr. Ditko used a cross hatching style this time so i tried to follow that idea... 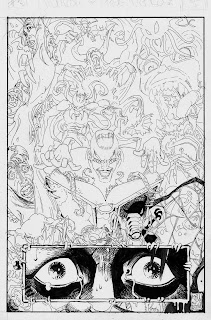 It has a different feel than my other recent work but i rather like how it came out-all those lines are a bitch but the mood still comes thru as planned- hope you like it... 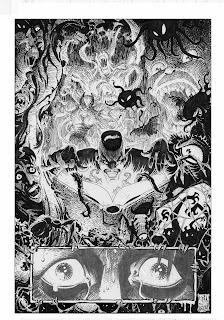