The 1st story I had published in comic book form was a 9 page sample that my inking buddy,Rich Rankin and i sent out to several companies back in '83.

The short story was called GAUNTLET and featured a character we created running thru a -yes-gauntlet.

Our premise was that this was a sort of Jon Carter on Mars situation-Earth man transported to an alien universe and becomes a hero to the locals.

Using that basic idea we did a story that really had no start or finish-it felt more like the middle of a story-but we were just showing our storytelling abilities-such as they were.

Comico Comics placed our non story in their new talent showcase COMIC PRIMER-and from that humble beginning my career was born.

Recently,Gerry Giovinco and Bill Cucinotta-two of the original publishers from Comico started a new website- CO2 Comics - to showcase talents old and new-some of the material is from those golden days-and they asked if they could use our story.

Please forgive the virtually amateur level artwork and scripting,my friends as i direct you to the...
GAUNTLET!
Posted by Neil D Vokes at 9:46 PM No comments: 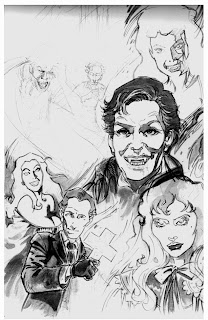 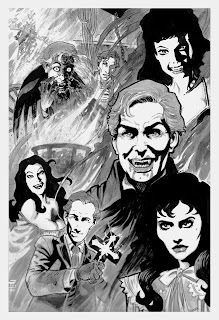 THE BLACK FOREST: Behind the Scenes 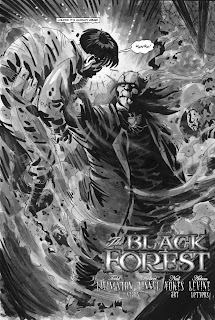 Featuring Robert Tinnell,Todd Livingston,Mike Oeming,Mark Wheatley and yours truly-showing the step by step (well,edited down to 9 minutes) process.
Posted by Neil D Vokes at 5:13 PM 1 comment:

Another set of sketch cards for a commission- plus an old con sketch... 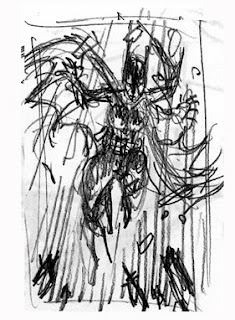 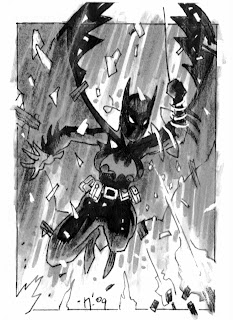 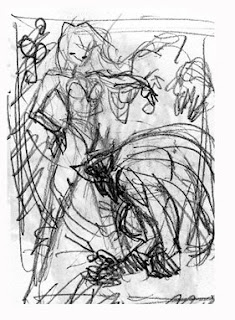 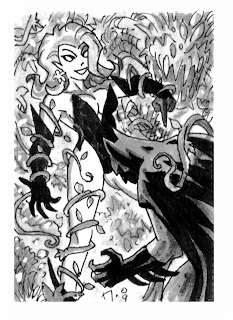 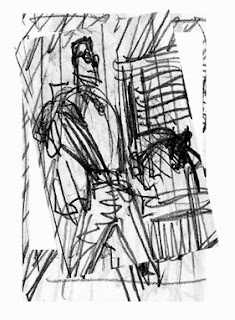 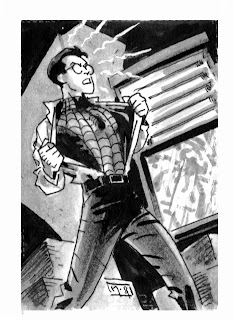 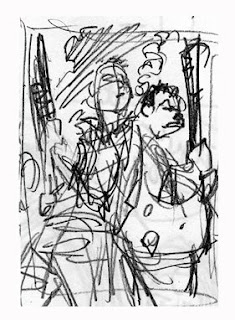 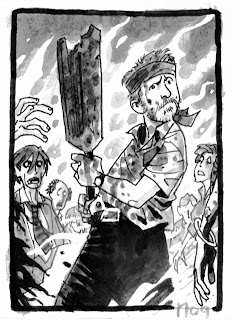 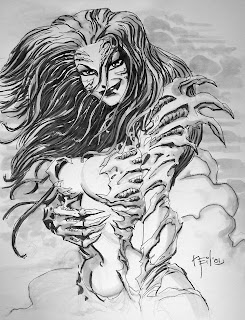 
I can't believe it-it doesn't seem possible-and talk of suicide? i hope that's not the case-after all that man went thru (David Carradine's autobiogs are fascinating reading) it seems so out of character...it's a damn shame.