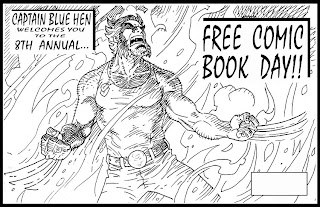 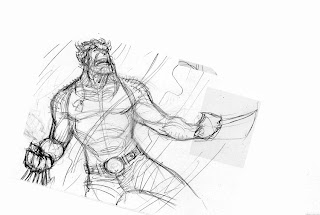 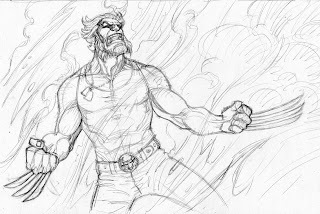 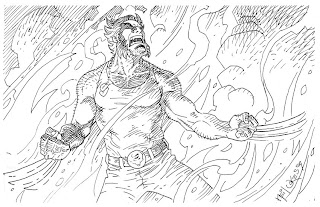 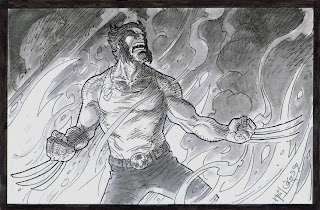 I posted this work in progress commission recently (a request for a central figure of Sherlock Holmes surrounded by Hammeresque fiends) to be inked like the Ditkomania cover i did a short time ago.

Here's the 1st two steps with the final piece-hope you like it... 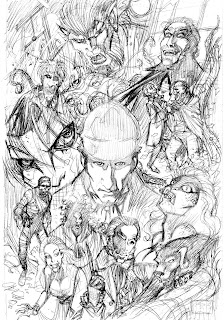 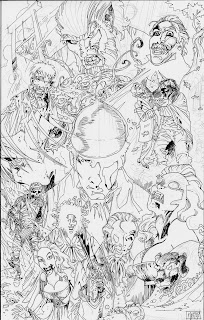 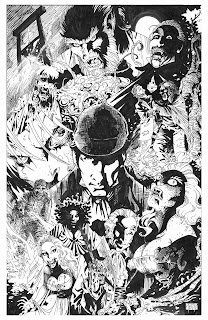 The copies of EAGLE have arrived at my doorstep!

All in all they look pretty good- i will have to tweak a couple things in a 2nd edition tho-so grab these up,Vokes Folks-they'll become collectors editions-lol

A new commission that I'm in the middle of inking-it's a request for a central figure of Sherlock Holmes surrounded by Hammeresque fiends-inked like the Ditkomania cover i did recently.

Here's the pencils,followed by the inkline:

Well,i finally got around to publishing the 1st volume of Eagle reprints.

My buddy Davey Z suggested lulu.com as a potential outlet-i could design my own book and only have to pay per each copy i printed-or in bulk if i choose to-the same goes for whomever decides to order this 1st edition (i fully expect to revise it soon to tweak any rough spots)

Take a look at the preview (or even order a copy) and let me know what you think,Vokes Folks-i value your input! 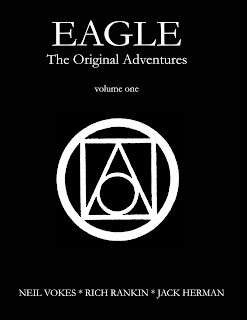 Email ThisBlogThis!Share to TwitterShare to FacebookShare to Pinterest
Labels: lulu.com

Veteran comic book and strip artist Frank Springer died last Thursday at the age of 79. The cause is being reported as prostate cancer.

Born December 6, 1929 in Queens, New York, Springer graduated Syracuse University with a degree in art in 1952 and promptly went into the army, where he did mostly illustration work at Fort Dix. Upon his discharge in '54, he began assisting George Wunder on the comic strip, Terry and the Pirates, a post he held until 1960 and returned to on occasion when Mr. Wunder was behind and needed help. In later years, Springer also occasionally worked on other strips including several years of Rex Morgan, M.D., plus ghosting on The Heart of Juliet Jones, On Stage, Friday Foster, The Phantom and many others. He also did strips he originated like The Virtue of Vera Valiant, written by Stan Lee.

His comic book career began in '60 and he later recalled Brain Boy, a Dell comic, as his first assignment. He drew many books for Dell including Charlie Chan, Ghost Stories and Toka, Jungle King. He also began drawing for DC and later, Marvel. Fans recall his byline on the DC series, The Secret Six, and for a time on Marvel's Nick Fury, Agent of SHIELD and later on many Spider-Man titles and Dazzler. He also did a lot of uncredited work, including a few Batman tales under the "Bob Kane" signature.

In the late sixties, he teamed with writer Michael O'Donoghue and produced several adult comic features for Evergreen Review, the most notable being The Adventures of Phoebe Zeit-Geist, the episodes of which were collected into a best-selling book. When O'Donoghue became an editor for National Lampoon, he brought Frank in and soon Springer was drawing many of their comic book parodies to great acclaim.

Frank was admired and loved by his peers, and the National Cartoonists Society three times awarded him its trophy as Best Comic Book Artist of the year and once elected him its president. He was a guest of honor at the 2004 Comic-Con International in San Diego where I had the privilege of interviewing him twice before his many fans. On one of those panels, he said of his career, "There were some raggedy times, but I always had work, raised five kids, bought some houses, bought some cars...I've been lucky." Personally, I think skill and dedication had a lot to do with that.

He is survived by his wife of 52 years, Barbara, as well as four children and seven grandchildren.