Another commission-the Brit version of Captain Marvel,who also had his named changed thanks to Marvel Comics.

Here's a few of the steps: 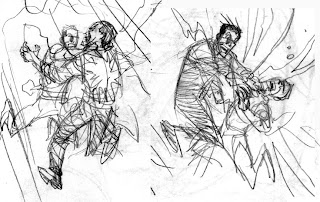 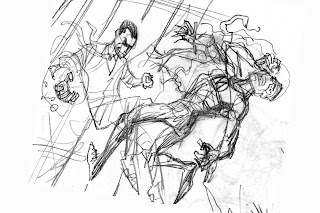 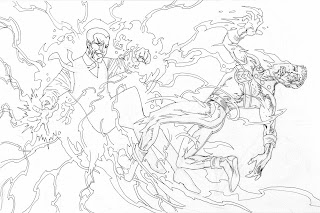 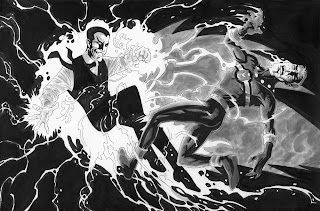 ...Leading to the finished piece: 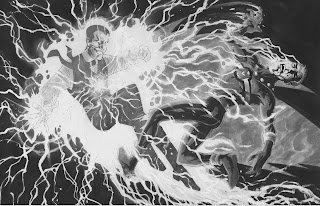 My ETP bros (7 of us plus a film buddy from Philly) and i went to a 25 hour (DST added another hour to the event!) horror film marathon in Philly from 12 noon Saturday to 12 noon (technically 1pm) Sunday-wotta blast!

i am rather sore-back and knees-but then I'm also 54 years old-lol-but I'll say with pride i was in my seat the longest of my friends-drank no coffee (i don't anyway-i kept to water and a couple sips of Dr Pepper-so a little caffeine got into me about midnight-lol)-took no drugs (ok- a couple advil ;o) -and ate very little (a few "breakfast bars") - afterward i was ready for more!

here's the list of flix we saw-and no one knew what was on the list until we actually saw it onscreen (as my buds pointed out, very "mainstream", but lottsa fun when seen on the big screen-so rare nowadays-and with friends) :

Phantasm 2-not as good as the 1st but fun

Wicked Wicked-the first time ANY of us saw this "duovision" flik from the early 70s- but it became our top fave of the marathon because it was an unintentionally hilarious film-not a good movie by any stretch,but VERY entertaining ;o)

Island of the Damned (Who Can Kill a Child)-the only "Euro horror" (which disappointed my ETP pals-after all,the group IS called the EUROTRASH PARADISE-lol) but a very good film-not an entertaining film on the level of a FOG or a PHANTASM but more thought provoking and uncomfortable due to it's subject matter

Equinox-not a good movie but fun in it's way-the one film that had the most technical difficulties-and few did-the fella running the projector did a great job!