Here's the sequence i did based on Bob's sketches... 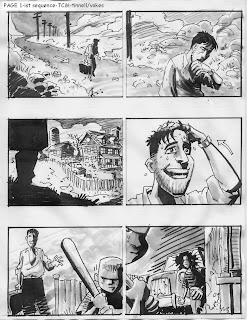 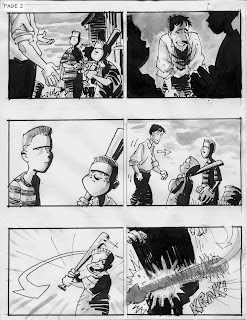 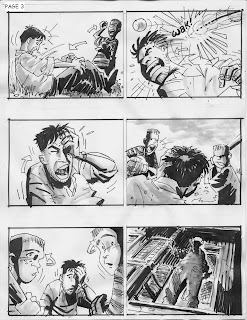 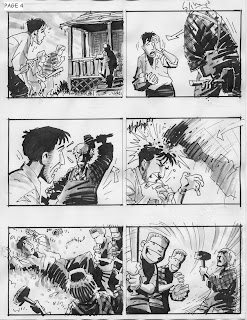 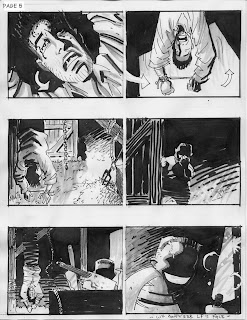 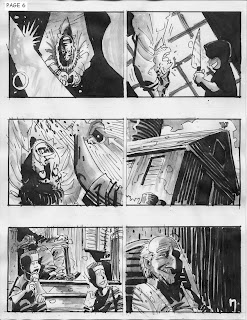 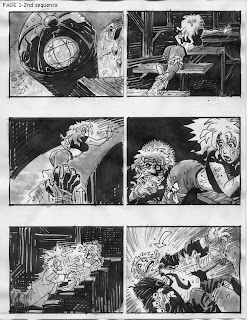 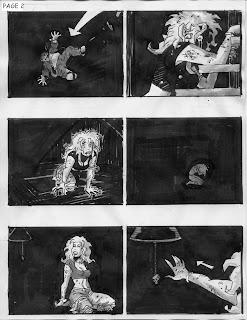 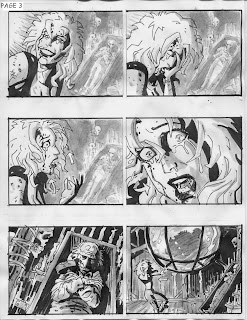 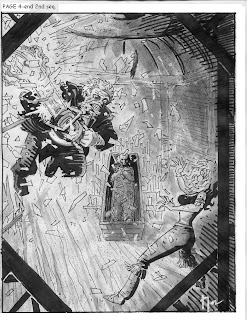 The actual work never got seen in published form (nor as a film,sadly) but it did start a working relationship between Bob and I that continues to this day.

PS-a short time later we did a short story based on the opening sequence-changed of course from the TCM connection-and that DID get published in an indy comic called MIDNITE TERRORS.
Posted by Neil D Vokes at 3:54 PM 6 comments:

The TEXAS CHAINSAW MASSACRE- a title which sends shivers down the spines of those of us who saw it back in 1974 and made us all avoid little backwater towns that sell BBQ.

Well,back before my good friend and writing partner, Robert Tinnell and i got deep into making THE BLACK FOREST and THE WICKED WEST,we did a little project together-it was never really meant for publishing,but it still counts as a "story".

Bob is a veteran filmmaker (his newest flick-he's the writer/director- is in preproduction now) and he was up for a possible directing gig on the remake of TCM- needless to say,he didn't get it (mores the pity,considering the resulting film) but we did do a series of storyboards to show some of Bob's ideas to the producers-Bob asked me to do them based on my comic book experience because he wanted them done almost as a comic-to help the powers that be to get his concept.

What follows are the original boards that Bob himself gave me as a guideline (take my word for it,h's a better filmmaker than an artist-as i suspect I'm a better artist than I'd be a director...;o) 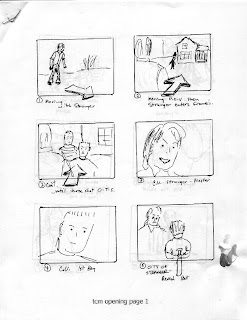 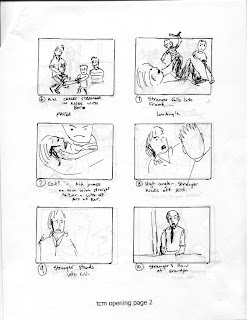 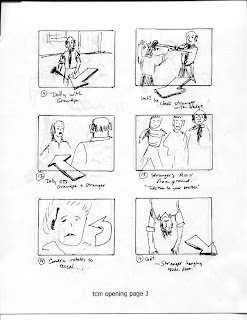 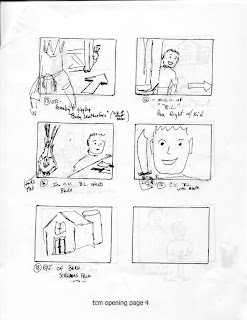 The next pages-in the next post- are what i did with Bob's concept-including another sequence he added to the mix...
Posted by Neil D Vokes at 3:11 PM No comments: